Welcome! Let’s Get in Touch!

Jeff Benjamin is an award-winning music and travel journalist, editor, curator and host based in New York City. In addition to his writing, his expertise on pop music—particularly in international music and his specialty as an expert in K-pop (Korean pop)—has been featured in and commissioned as a source for outlets like the New York Times, Washington Post, Wall Street Journal, CNN, USA Today, Time, BBC, Allure, VICE, Forbes, Pollstar, MTV, Money, NPR, The Fader, Yahoo!, The Korea Times, The Korea Herald and many more.

“The leading American authority on K-pop.”
–The New York Times, 2018

Jeff has been asked to share his expertise as an expert, journalist and consultant to speak at local and international events including SXSW, Comic-Con, and KCON in the United States, MU:CON, the Culture Communication Forum, the Korea Foundation’s Public Diplomacy Week and MBN Y Forums in South Korea, MIDEM in France, and more.

As of Summer 2019, he is currently acting as the international correspondent for We K-Pop, a K-pop variety show filmed in South Korea by KBS World that is aired weekly to more than 100 million viewers in 120 countries around the world. His weekly segments include an in-depth analysis on that week’s guest as well as a featured “Jeff’s Pick of the Week” and analyses on artists rising on the K-pop scene. For the 2020 season in the era of COVID-19, We K-Pop re-branded as We K-Pop Friends to make K-pop fans wishes come true remotely with Jeff adding segments of analysis on each week’s guest.

“Reported about K-pop even before it started blowing up.”
–Kim Shinyoung, Award-Winning Korean Entertainer & TV Host, 2019

In January of 2020, Jeff was recognized with his first award as a journalist. The Corea Image Communication Institute (CICI) named him winner of The Korea Image Stepping Stone Bridge Award for “his contribution to introducing K-pop artists to the world becoming a bridge between the artists and the global audience.”

By the end of the year, his expertise expanded into the industry including earning his first credit as a consulting producer for the single release and music video for K-pop boy band A.C.E’s “Fav Boyz (Steve Aoki’s Gold Star Remix)” with Thutmose. Released on January 8, 2021, the track entered Billboard‘s Dance/Electronic and World charts and the music video earned more than 1 million views in its first month.

I was very lucky to be asked to moderate two panels for the international music conference and festival Midem in Cannes, France this year.

We had some great discussions about the current state of K-pop for songwriting and its North American crossover. You can watch below here:

I’m available (and love to!) moderate and speak on panels, conferences and other types of engagements about K-pop and all kinds of topics. Get in touch at JeffBenajminWrites@gmail.com and info@JeffBenjaminWrites.com 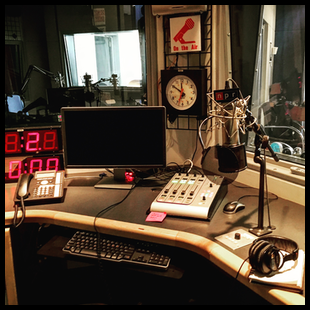 Today was an exciting day as I brought in to NPR’s studios to be a guest and talk about boy bands! With news that both the U.K.’s One Direction and Japan’s SMAP could be breaking up, NPR reached out to me as someone who has knowledge with the East and West pop world. It was a fun little segment on Here & Now with Robin Young and Jeremy Hobson, and I hope I’m brought back again soon! That’s a photo I took in the studio to the left with my trusty notebook always at my side!

Listen to My NPR Interview Here!

Posted on August 6, 2015 by jeffbenjamin 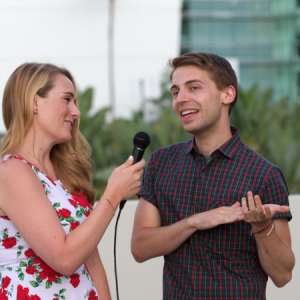 While speaking and reporting at KCON Los Angeles 2015, I had a few interview requests to talk about America’s annual K-pop convention and festival along with loads of other topics about K-pop and media. See the on-camera interview I did with the international, Korean music news site MoonRok about my experiences and more. Felt very honored to be reached out by such a great site who wanted to hear my viewpoints. I definitely look forward to having more opportunities to speak about my experiences on camera and promise not to be so expressive with my hands for the next interview.

Appearance on Fuse’s The Cue

I was one of the hosts on Fuse’s new digital series The Cue and spoke about pop culture and music news including Nick Cannon donning whiteface to promote his new album White People Party Music, a Dutch beer ad that used Elvis, Tupac and Kurt Cobain’s likenesses to sell beer, Neon Trees’ frontman Tyler Glenn’s coming out, new science findings about dancing, Wu-Tang Clan’s one-of-a-kind album and more. Apparently there were some mic problems for me, but it was still lots of fun.

For a ‘Best of 2013’ assignment at Fuse, I created in-depth list at the 15 moments that further pushed K-pop into the global, mainstream music consciousness. Music can’t ignore moments like another Korean song topping the charts worldwide, a K-pop group’s fanbase outvoting the fans of the West’s biggest stars, SXSW inviting a K-pop act, more Korean stars touring in America and more. It was exciting and fun to further prove K-pop’s expansion as well see fans get excited and riled up about their favorite acts getting the recognition from a United States TV station website.

Posted on November 8, 2013 by jeffbenjamin 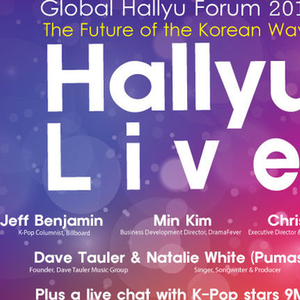 I was asked to deliver a speech at the Global Hallyu Forum 2013: Hallyu Live! conference in Washington D.C. This annual event seems to grow every year and most notably snagged Wonder Girls member Sun to speak at the 2012 event. This year saw member of Korean girl group Nine Muses speaking via a video Q&A session. I was asked to deliver a speech in “TED Talk” style about K-pop, its international advancement and how and why it got to be such a global force to be reckoned with.

My Contributor Pages at Billboard and Fuse.tv 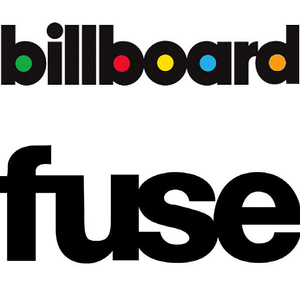 This site would be inundated with posts if I included all the work I get to do at Fuse and Billboard each week. Now, I will use this site for news, have my contact information and highlight exciting projects. Currently, I am spending my days as Features Editor at Fuse, as well acting as Billboard’s K-pop columnist.

With that, I am always looking for exciting opportunities and connections to expand my skills. Please keep up and support my weekly writings at Fuse that includes daily news coverage, lists, graphics, quizzes and photo galleries, and planning bigger enterprises and initiatives to help the brand grow. Then check out the column I helped create at Billboard, K-Town, that I manage and write with K-pop chart recaps. I’ll also be contributing to other properties on projects for which I’m very passionate.

So very excited and proud to announce that I have been asked to be a columnist for the upcoming Billboard.com! The site, along with the magazine and Billboard.biz, will be relaunched in January 2013. With this relaunch will be the inclusion of a K-Pop (Korean pop) column titled “K-Town” that I will write and manage! I will cover weekly the genre’s weekly news, K-Pop Hot 100 chart news, and do many features. I plan on making this column THE place for K-pop artists to reach an American audience as well as make K-pop as accessible and relatable of a genre as possible. This will be launch in January 2013 with big exclusive features coming during launch week.

Posted on December 7, 2012 by jeffbenjamin

Very, very, very excited to announce I will be working with Fuse as a staff writer! I will be working with an established team of writers (whose pasts include positions at MTV, Entertainment Weekly, AOL, SPIN) and content creators. In my position I will report and write on daily music news, Fuse TV content, interviews for the site that reaches over one million people. I will also help brainstorm and create larger feature packages  lists, photo galleries, playlists for larger franchise ideas to help the brand grow. I absolutely cannot wait and look forward to proving myself at Fuse.